Film Studies has been added to My Courses 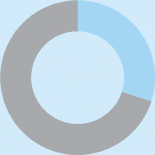 THIS COURSE IS VERY POPULAR THIS YEAR AND IS CURRENTLY FULL - IF YOU WOULD LIKE TO BE PLACED ON TO THE WAITING LIST, PLEASE SUBMIT YOUR APPLICATION FOR YOUR 2ND CHOICE COURSES AND THEN EMAIL YOUR FULL NAME, DATE OF BIRTH AND YOUR WAITING LIST COURSE NAME TO: waitinglist@stbrn.ac.uk

Follow your passion for Film with this exciting 2 Year A-level course. The Film industry is booming and many top universities now offer high quality Film Production degrees. Our Film Department is very well established, with over a decade successfully delivering Film Studies A-level. We have a history of outstanding results. Our teachers are film experts, with qualifications in Film Studies.

There is so much more to Film Studies than simply watching films. When watching a film, we might regard it as relaxation or escapism. However, the in-depth study of film involves coming from a very different starting point. As well as gaining an appreciation of film as an art form in terms of its visual storytelling, studying film can enhance your understanding of the world in terms of competing values, attitudes and beliefs. Our course also incorporates a creative production element where you will be able to put what you have learnt into practice by making a short film or writing a screenplay.

The WJEC Eduqas specification is designed to introduce learners to a wide variety of films in order to broaden their knowledge and understanding of film. Learners will explore:

This specification offers opportunities to study mainstream and independent American and British films from the past and the present as well as more recent global films, both non-English language and English language. The study of silent film and significant film movements (such as new wave cinemas in Europe and Asia) allows learners to see the development of film from its early years to its still emerging digital future. Studies in documentary, experimental and short films are also on offer.

This new linear course has first exams in 2019; the exams are worth 70% of the total marks.

The second exam is 2.5hours / 35% of qualification

The coursework element is worth 30%. You can choose between creating a 5 minute short film, or writing a screenplay and producing a digital storyboard. You will then write a 1600 word reflective evaluation.

You will be supported by our excellent facilities and equipment, including high end Canon DSLR cameras, and a fully updated Adobe Creative Suite editing package.

We run trips to local screenings at venues such as The Watershed and Everyman cinema. We also intend to run a trip to the Harry Potter exhibition at Warner Brothers Studios. Several students have been successful in joining the BFI Film Academy, academy student’s work with professional mentors to produce a short film or a documentary film.

Methods of Teaching and Learning

Film lessons will be interesting and challenging with a strong emphasis on your ability to analyse and discuss moving image. You are encouraged to learn in a variety of ways. Independent projects and research will help you develop a broad and balanced understanding of the subject; in addition to this you will be collaborating with your peers to help you with your learning. Mastering the use of film vocabulary in your written work is essential, you will be expected to write practice exam responses and utilise teacher or peer feedback to make improvements to your work.

All of our subject teachers hold a degree or above in Film Studies or a closely related subject. They have current links to the industry, and are ambitious for students to progress to university Film Studies courses, and on to related careers. The course is taught with a mix of practical and theoretical lessons. You will be taught to plan, film and edit your own projects.

Practical production equipment including stills cameras, video cameras and digital editing facilities are provided. You will also have access to IT support. You are encouraged to make full use of the well-stocked library resources, magazines, and a comprehensive DVD / Video library.

Why Does Film Matter? - Student Posters

Many students progress to Film and Media related courses at university, and then on to work within the industry. Past students have set up their own production companies, and are successfully making a living using their Film and Media production skills.

We work closely with a number of national and local companies including the BFI Film Academy.

We encourage you to enter industry competitions. We have connections with the prestigious British Film Academy Regional Film network, CND film-making competition, FilmClub.org, the BBC, and have free trips to local screenings and festivals.

We run a Career Ready Academy, which matches students with a mentor from the film industry, and arranges work experience and coaching throughout their 2 years with us.

You may be asked to pay for visits and some external film screenings.

In the Student Survey, 100% of students said they had found the course highly enjoyable and would recommend it.

94% said the course had exceeded their expectations.

What our students say 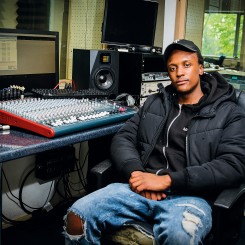